No Result
View All Result
NEWSLETTER

If not God, Makinde’s case would have gone Ihedioha’s way, says Adedibu’s wife

by editor
in Politics
0

1.5k
SHARES
955
VIEWS
Share on FacebookShare on Twitter
•As she speaks on what Adedibu would have done on Amotekun imbroglio if he’s alive

Recalled that the Supreme Court on Tuesday nullified victory of Ihedioha from People’s Democratic Party (PDP) and declared Senator Hope Uzodimma from All Progressives Congress (APC) as dully elected governor of the state.

Adedibu who is also a Party chieftain of PDP in Oyo State stated that disunity in the political party especially at national level responsible for Ihedioha’s removal from office.

She also added that this would have been the case of the Oyo State Governor, Engr. Seyi Makinde if not God’s intervention and efforts of good people of the state.

Speaking with LiveTimesNG on Thursday in her Ibadan home, Adedibu said: “The news of Ihedioha’s removal by Supreme Court is very painful when I heard it. 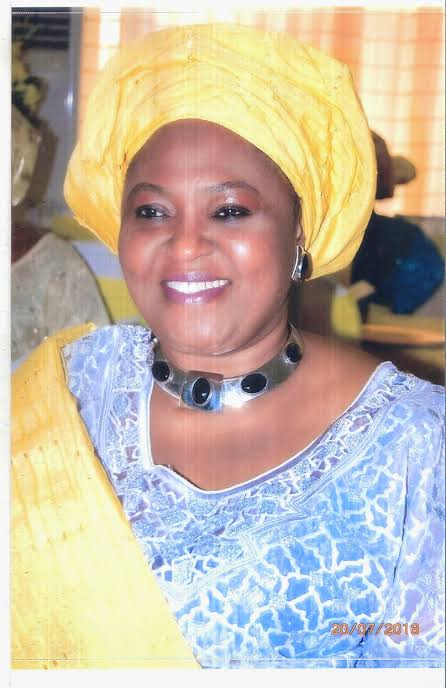 “I can tell you that we are not in unity in PDP at national level. The national chairman of PDP and the National Working Committees don’t work in unity compare to their APC counterparts.

“APC national chairman, Oshiomhole also have problem but majority of the members rally round him but it is a different story in PDP. When my husband was alive, he would go to an extent of prostrating to his enemies to make things right but today party leaders in PDP are too arrogant which is taking serious toll on party’s survival.

” Look at disgrace, Senator Uzodimma who is number four in Imo guber election wrestled power from our incumbent governor. Look at the magnitude of electoral violence in Kano, their governor was not removed neither did court cancelled the election, because APC rally round themselves.

“It was God that helped us on Seyi Makinde’s case, unless it would have been like Ihedioha’s case”, she said.

Reacting to Federal Government’s declaration of Operation Amotekun, the local security outfit floated by South West Governors to protect the region, Adedibu said once FG has failed to play its role of protecting lives and properties in the region, they have no right to proscribe it.

She said: ” FG is wrong to declare Amotekun as illegal because it is meant to solve insecurity challenge which FG fail to do.

“You can see how people are being killed always. It is a very good idea and I commend the South West Governors and other stakeholders that brought this to limelight.

Speaking on what would have been her husband’s reaction in the Amotekun imbroglio, Adedibu said: ” if my husband is alive, it won’t take this long to float this Amotekun thing because people are his priority. He would have reacted to AGF’s statement by publishing adverts on pages of newspapers lambasting Malami for his statement on Amotekun’, She stated.

BBNaija: Tacha in tears as she remembers her disqualification one year after (Watch video)

2020 ex-Big Brother Naija of the season 4 “pepper dem”, Tacha broke down in tears as she reminisced about her...

BBNaija: See amount Laycon wins today as he was billed to hangout out with Don Jazzy tonight (See fans’ reactions)

Why I am no longer on the political scene – Goodluck Jonathan

If you consider yourself beautiful to appear on our page, LiveTimes Girl, send your pictures, phone number, and your occupation to daresun2013@gmail.com. Thanks

We are on WhatsAppSend us a message

No Result
View All Result